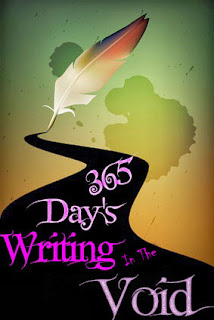 At first, we thought the black liquid was oil, that we’d struck it rich and that we’d be able to retire and live in leisure. We actually started writing down all the ways we’d spend the money. Our first choice was...

What kind of setting do I what this set in? Sci-fi, western, fantasy, horror?

I keep thinking: at first, we thought that the black liquid was oil boy were we ever wrong, and then the deaths started. But then the last line of the prompt indicates that we are supposed to work on this list that they were making? But I'm not really interested in working on their list; if I do, that will place the story in the setting.

The style of the prompt kind of indicates that these are people down on their luck; the fact that they are excited about oil suggests that we are in a time that is still using fossil fuels. We could go with a hybrid story in the past, but with a kind of twist on it that takes the characters into an out-of-the-ordinary environment.

What kind of people are we talking about here? I've gone over my time limit, and I'm stuck on semantics. I'm thinking brothers, or friends, some kind of close-knit community. They tried to go home, but then they discovered that they were lost, and found out that they weren't in Kansas anymore, Toto... should there be an animal? Or should the liquid do something to them? Change them in some way? Something has to happen to shock them out of their excitement when discovering that it isn't oil.

So I guess that I can work on some of their choices; they could be farm boys, depression era? Would they need money? A better place to live depending on how close they were to their families, they would want to set them up better, if there any sickness in the family, they would want money to get the family member better. Woohoo, I know what I'm going to do. Hehe, I like the black sauce that can solve their problem but not in the way they expect, but at what cost? Is it recruiting them for something, or is it devouring them to feed itself? I think that I'm going to make them not so many men, but younger, that way they wouldn't know the smell of oil. Once you've smelled raw oil, you wouldn't make a mistake in that smell. Maybe their sister takes along with them this one time because she's feeling well enough that day.

They decide to explore something that they had been told to stay out of, and they find a thick oil-like substance bubbling up from the ground. The boys start chatting exactly when suddenly they hear a shriek from behind them, and they turn, and the little girl is entangled in black vines. It wasn't a pool of oil at all but something else; they go closer to get the girl out, and first, one boy and then another gets captured they substances seeps into their body, changing them and activating a system that says it can help them achieve what they wanted for their families. Still, in exchange, they have to help it save its dying planet from destruction. If they didn't agree, it would use their soul energy to fuel itself to find someone who would agree to help, so the kids having no choice agreed.

The system said that they could return when the job was done, but the kids didn't know if they really believed what the creature was saying.

So I think they wanted to save their mother's life and fix the farm to be self-sufficient. Maybe something is wrong with the dad? and I think that they were with a friend from the neighboring farm and his bother and another friend, basically a pack of boys that ran around together. And the sister of one of them. Maybe make it five boys and a girl have two of them be brothers and three be from the other nearby six kids. Ranging from fifteen to thirteen, I think the sister was thirteen.

Though the prompt does indicate that the characters were likely older, if the time period is right, we can have younger characters that sound older. At least that's my thoughts on the matter.

Well, I've been at this for over 2hrs on my five minutes, but at the moment, I don't care because at least I'm working; it's 9: am.

1. Emlyn is a thirteen-year-old girl who has been weak since young she likes to study plants in hopes that she can find something that will help her get well. Her father supports her endeavors which is why she's out traipsing through the woods on one of her good days collecting herbs, not to mention he can sell some of them in town. Her mother disapproves a lady doesn't spend all her time traipsing through the woods with the boys.

Although they aren't genital stock, they have a farm to run, and Emlyn already doesn't pull enough of her own weight. She could at least be at home, taking in some sewing from town to cover some of the cost to raise her. Emlyn feels the family's pressure keenly, then she keeps quiet and does her duty even when she would rather be boisterous.

2. Garlyn is the oldest of the Lyn family boys. He's 16. He has the most to do and doesn't often get time away from the fields anymore. Other than on a day like today when he can go hunting and is responsible for looking after his younger sister while she looks for herbs that can help the family with a little income and also treat her illness and maybe that of their mother. Who, though much isn't said, they know isn't well off.

3. Dolyn is 14, a bit of a scamp, and mischievous, but serious when it comes to working.  He helps out his brother and father in the fields and his mother and sister when there's a need, given both are in poor health.

The family has considered hiring a woman to help out, unsure if I will include that in the story or not, or maybe they've adopted in? It was common in the time period to hire help and have live-in help.

4. Adan blacksmith's son, He's almost 16 learning the trade, stout steady, and has the temper to match.  He's a good guy, and he's calm and placid, but when he is roused, there isn't much that can stop him from taking down what's in his way. He's incredibly protective of Emlyn though not many people seem to notice it. Perhaps Garlyn does because he's his best friend and Saz. After all, Saz is a smart ass that pays way too much attention to everything.

5. Loring is a quiet 15-year-old, and you never quite know what he is thinking. The others know that there's trouble in that home and just try and support him as best that they can. He's angry. He buckles down and does his chores, and he slips out every chance he gets; he's more likely to be found at Saz, or Garlyn, or Adan than at his own table for supper, or even in the woods, and no one really knows if he goes home when he leaves them, they just know he's always got a new bruise on his cheek, and his mother is hollow-eyed. He's often in the woods hunting for something or asking questions of the older men around town, learning what he can from them; he even tags around Emlyn occasionally when she's gathering plants watching and learning.

He's got several smaller siblings that he takes his catches home for dressed out, he brings back food that he's learned how to gather back for. Still, he never eats any of it himself, he earns the money that he gets from the plants he's sold that Emlyn taught him and gives it back to his family, but sometimes one provider is never enough with a father like his.

6. Saz is way too smart to be a farmer's son, and everyone knows it. He's 15, But he keeps it to himself and still helps out around the farm because he respects his old man; he just wishes that there was something that he could do to both help his old man solve the problems on their farm and pursue his own dreams.

I think there are two other children in the Saz family, but they are younger; one might be a girl, maybe twin girls? Could he be the only son?

Loring is the oldest boy, but it wouldn't matter, his dads a drunk, bearly takes care of the farm, spends all their money gambling and the farms in debt, they might lose it if it weren't for Loring holding things together the last few years which has made his father even more resentful.

His mother doesn't have the heart in her to be grateful because she gets knocked around too much and is always pregnant or losing a baby.

I think they would agree to help Loring, and then they would try to sort out their own families. Still, essentially the first choice about what to do with the money would be to get a doctor in to deal with Emlyn's condition and to see what was really going on with their mum, and saz would try and figure out a solution that would make both him and his father happy. I think his issue is that the twins killed his mother so that even if he wants to leave, he couldn't unless he hooked his dad up with a wife that could give him a son that would help with the farm and being that he is the firstborn son he's shackled with that, but he wants to go to school and learn things.

Adan is the only one who really doesn't have anything going wrong with his family, but he is smitten with a girl... He would probably want to help his dad expand his shop, and there might be something going on with the shop that he isn't aware of because men back then were tight-lipped about things that were bothering them.

He's not the only son, but he's his dad's right hand, so he wouldn't want to leave based on his personality. I think he would be the most staunch one. Garlyn as well, they are both similar in temperament that way.

I think the system will make some kind of doppelgangers for the kids or erase them from the memories.

I'm not sure what to do, really it's almost ten at night, and I'm right knackered. my whole body hurts, and I still haven't figured out what to write. I think I have the kids down what's going on around them and some of their motivations, but that really isn't the point of this challenge...

I'll likely post what I've got and continue what is on this prompt tomorrow because there isn't any sense in doing all this work and not finishing it out. since I know very well if I try a new prompt tomorrow, I'll be back here at ten tomorrow night saying the same thing.

Right then, so my plan for this story is to take it up to the point when the kids leave the village. I might carry it on past that at some point depends on if I'm interested in it or not. As this is supposed to be a short story exercise, I'm not sure what to do. Since I think I've worked myself into the plot of another novel...:(