Writing in the Void 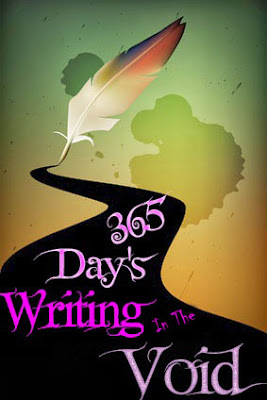 is an experiment in getting over writer's anxiety

I believe that forcing myself to chronicle different events in my life might help me be more productive professionally. It will also give people a chance to get to know me.

My goal is to see if, by doing this, I can get back on the horse, so to speak—public displays of mocking notwithstanding. I'm going to post with this picture to the page's right whenever I do a Writing in the Void post. I titled it Writing in the Void because I have no audience that I know of.
Thank you for your time.

working but so busy :( update soon

The second challenge is slightly different from the first I kind of explain it in the post below the Feb 2021 introduction, which that's not the title of the blog post, so I'll probably have to go back and change the title of the blog post and then relink it... but I digress.
The Second challenge will be story prompts written directly into the blog with minimal edits, 5 minutes to brainstorm, and about 15-30 minutes to write the piece unless I really like what I'm working on, then I'll keep working on it. If I really like It, I'll clean it up further and publish it somewhere, but these are basically morning pages. To get over not really writer's block, but panic attacks when I try to write, anything I care about. I'm hoping that using desensitization will help get me back on track since I'm able to sit up again. I also want to get back to writing again. Though I have to pace myself, and I can't overdo it. I want to at least take back one thing that I love to do.
There are 2 books that I will be using, Write The Story, and Complete The Story by Piccadilly.  I don't get any kickbacks; I'm just using these books because I got them for Christmas a couple of years ago. I'm kind of following the idea of Writing Down The Bones but not because I can't free write without bitching. Though, to be honest, it's been 20 years or better since I read the book. I just remember it helped a lot at the time, and I liked it.
My idea is to open a blank blogger brainstorm into it after I write down whatever the prompt is for five minutes without cleaning that up so you all can see what a fun mess that is. I might clean up the spelling errors because that is only polite. The rest will be left as is, then the story will be worked as a rough draft and left.
I have Grammarly activated on my computer because I have a learning disability, making it difficult for me to see punctuation, which is a fun thing to deal with as a writer. So, besides the punctuation that Grammarly says is wrong, I won't be fixing the draft.
I guess that's about it for the rules; I'm debating whether to start today or tomorrow.